Email Ambiguity – can you really test for that?

Your computer screen is zipping along with charts, graphs and numbers.   So far so good, everything looks great.    You believe the email campaign is a success, so many website visitors, even more than you had hoped for.  Management is waiting for your report; how many people clicked on the yellow shoes, they ask – Clicked on the yellow shoes? You wonder, was I supposed to track that too? 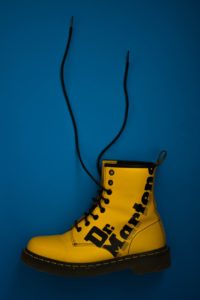 It all comes down to using the right set of parameters and performance indicators, the key performance indicators (KPIs) to collect the data  you need.  It goes without saying, knowing the objective of the campaign (yellow shoe clicks) will allow you to choose the KPIs you believe will be the most useful to determine the success or failure of a campaign.

When you start reviewing which KPIs  to use,  it may seem a bit overwhelming, after all, you’re only trying to measure how well your email campaigns are doing and are they doing as well as you think.   So why should you be concerned with which KPI’s to use?  Because, the key performance indicator of success is your Conversion Rate.

KPI’s are important because they:

For example, there are at least two acceptable calculations for email Open rates; one based on delivered emails while the other based on total emails sent.  Both formulas are very acceptable.  What definition are the formulas then based on the actual click on an email, or when an image renders in an email client or when someone clicks on a link within the message?
Some commonly used Key Performance Indicators

In conclusion, there are many ways to measure a successful email campaign.    The KPIs define a set of values to measure against.  Selecting the right KPI’s is contingent on having a good understanding of the email campaign goal and expectations.  However there a degree of ambiguity that comes into play, which may not be of concern if your numbers are going up, ROI is climbing, and your subscribers are happy.